Did you know this about Garnet's? 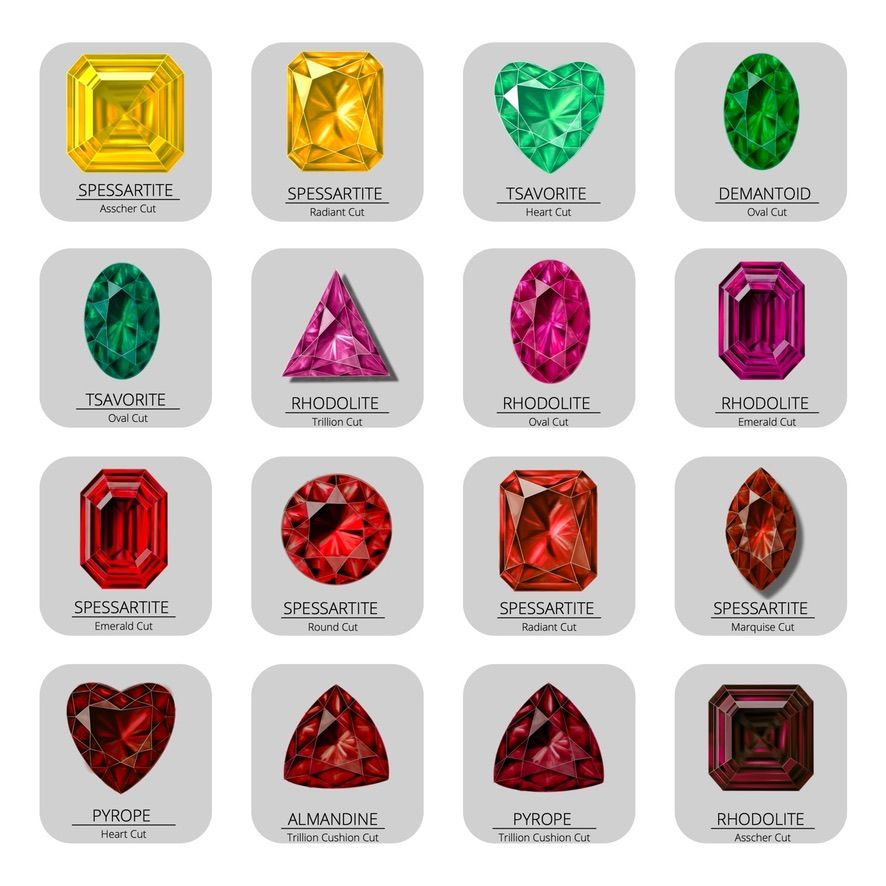 Ancient folklore and modern science say that garnet is the birthstone for January babies. Garnet comes in all shapes, cuts, and colours with its most known red variety. Experience the timelessness of this natural stone.

Have you ever wondered where the garnet originated? The garnet seems like it's been a part of our lives since time began, but according to experts, India is believed to be the first place to discover this gemstone. Legend has it that in the late 5th century BC, a lone farmer and mystic living in the mountains of India discovered an enormous gem. This sacred stone was said to possess a particular quality--when worn on the body, it would enhance all physical, mental, and spiritual aspects of one's life. Somehow, it found its way through trade routes and became known as an Egyptian gemstone. Ancient Egyptians were adorned with these gems—and boy were they red!

Red garnets are said to balance one's emotions, while green garnets are believed to be helpful for those who carry emotional baggage from a past relationship.

Garnet gemstones, originating as the mineral almandine and harder than diamonds, tell a story of romance and passion. The deep colours of garnet are derived from the mineral’s chromium, iron and manganese. These minerals form when lava erupts from the earth's crust, altering the host rock and bringing to light a stone of pure beauty and selfless heart.


FUN FACT:-
Garnet is the common name of the mineral species called Pyrope, Rhodolite, Almandine, Grossular, Spessartite and Andradite. Their durability range is of 4.5-5 on Mohs' scale of hardness (10 being the hardest). It has a chemical composition of Ca3Al2(SiO4)3.